APRIL’S TRANSFORMATION – INSIDE AND OUT

Having your portrait taken is about celebrating your femininity and womanhood. It’s about reconnecting with a part of yourself that you haven’t seen in a long time, or in April’s case, merging how you feel on the inside with what you see on the outside.

April reached out to me in December and we scheduled her portrait session for mid-January. During that month in between, we emailed and texted back and forth a lot. April was a woman who knew what she wanted! She had a STORY that she wanted to tell. She was also super sweet and had a great sense of humor. A few days before her session, I met her in person for the first time at our wardrobe consultation, and at first glance, she was the definition of the cute girl-next-door. 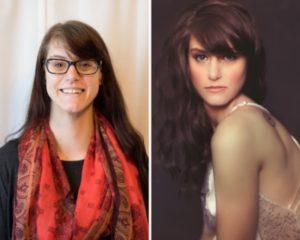 Though she came to session a few days later as that cute girl-next door, she didn’t leave that way. During the few hours that we spent together, she literally transformed before my eyes. The wonderful stylists who did April’s hair and makeup did an AMAZING job; however, her outer appearance was not the only way in which she transformed. Her transformation was deeper; it came from her SOUL. 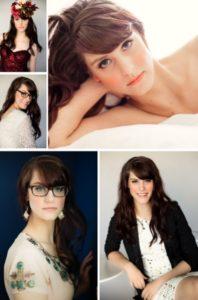 She became more confident in her femininity and her sense of being a woman, not a girl. She was sexy, and vulnerable, and sweet, and silly, and so much more…and most of all, she was free to express all of these aspects of herself in a very safe place. I was honored to capture all of those different sides of April that show who she is right NOW in her life.

One of the most important stories that April wanted to tell through her portraits was that of her scars. She had heart surgery as a young child, and has a scar down her chest and one on her back. Instead of being ashamed of those scars or wanting to hide them, she wanted to celebrate them. They are a part of her, and it means the world to me that April felt safe enough with me to capture this part of her.

In the months since her session, April and I have become friends. I recently asked her if her confidence level had increased over the past few months as a result of her portrait session. Her response blew me away. I can’t want to share it with you later this week.